Somewhere between Virginia and California 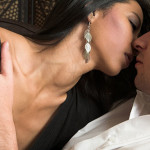 It happened in a nowhere town at a shithole bar off the main highway somewhere between Virginia and Los Angeles. Jared Kohl pulled off to get a drink and a burger. Okay, more than one drink, and a pile of burgers. But a werewolf had to eat and it took more than just one shot to get him buzzed. Whatever the case, he never did get to order.

The bar was dim and cheap with its 60s themed movie and rock posters, and a jukebox pumping out Jimi Hendrix and The Stones. Jared took a seat at a corner table where he could stretch out his long legs and appreciate the classic image of Marilyn Monroe and her billowing white dress.

As a stranger to this community, he was bound to attract attention. Jared measured a neat six-four and two hundred twenty pounds of pure sinewy muscle. His dark brown hair had gotten too long, so stubborn curls tumbled across his forehead. His neat mustache and beard covered only his chin, framing his mouth. He was handsome and knew it. He had his father’s good looks—broad forehead, strong nose, generous mouth, and square jaw. From his mother, he’d inherited startling topaz eyes. A cleft divided his chin.

As distracting as all the eyes upon him were, Jared got hard the second he scented her—rich and musky and designed for fucking. His posture remained relaxed as she walked up behind him. He did not glance up until she ran a hand over his shoulder. Her fingernails were painted fire-engine red and sharpened to points. The light scratches she left on his skin healed thanks to his regenerative ability.

“So a werewolf and a werecat walk into a bar…” Her voice was low and husky, pitched to create a seductive resonance within a man’s crotch. Beneath the pheromones, he smelled sadness and anxiety, which intrigued him more than the blatant come on. She seemed more complex than she wanted to let on.

Jared looked up from his drink to get hung up on a pair of pretty knees clad in white stockings and red lace garters encircling slender thighs. Her plaid skirt was the right length of short, stopping just shy of crotch level, low enough to tease him. She wore a prim white button-up shirt with a collar and rolled sleeves. Her skin was Asian mocha, and her hair was black and worn in pigtails secured with red ribbons. Her almond-shaped eyes were bright blue with slit pupils. The ornate gold collar around her neck seemed incongruous with the outfit. She was working the Japanese schoolgirl angle hard, but he judged her to be in her early twenties. Sometimes with shapechangers, it was hard to tell.

“Let’s cut to the chase,” Jared said. “Does the wolf eat the pussycat?” He smiled, showing a hint of fang. It had been a while since he’d eaten, and he was hungry enough to consider her the entrée. Jared met those cobalt eyes but did not worry about dominance. He was smart enough not to get into a staring contest with a cat.

“Does the wolf want to eat the pussycat?” She trailed a suggestive hand down his chest and then sat on his lap. Unless he was mistaken, she wasn’t against the idea of being splayed and licked. Hell, she might go for biting if her kink was pain.

“It’s been a while since I last ate,” he said. She wasn’t what he expected of a werecat. But then he’d never met one until she walked up and sat in his lap, so he was free of preconceived notions.

“You’re new to town,” she said. “Are you here with your pack?” Oh man, she was leading him without any subtlety. He smelled the trap big time.

“I’m on my way to LA,” he said. “Sorry, but I’m afraid it’s just me.” He watched her reaction, trying to figure her angle. She had fire and spirit, and the air of a creature abused.

Her smile widened. “So, you’re a lone wolf?”

“Not exactly,” Jared responded with caution. He shrugged. “It’s more a matter of circumstance than choice. It’s complicated.”

“I like complicated men.” On his lap, she shifted, rubbing her buttocks against his swollen cock and working the denim for friction.

Jared sucked in air between his teeth. Oh yeah, a baited but obvious trap. “What’s your breed?”

Anger flared in her cobalt eyes. She withdrew several inches away from him. He held up a staying hand. “I only meant—” Fuck, what had he meant? “Are you Persian? Burmese? You smell like a purebred.”

“You know cats?” She seemed thrown. Mistrust glittered in her pretty eyes, causing her mask of sophistication to slip. “I’m Siamese.”

He grinned. “My mom had a Siamese. He was a crazy cat.”

“What happened to him?” she asked in a way that could only be described as catty. “Was he eaten by a werewolf?”

“Sol passed away at the ripe old age of twenty-one,” Jared said. At twenty-six, he had grown up with the cat and loved it a great deal.

Restless, the werecat shifted. He smelled her fear—fear of him. His protective instincts rushed to the fore. He opened his mouth to ask why when she twisted on his lap to straddle him. With a glance, he got a good look at her crotch as the skirt bunched up high across her thighs. She had no panties on and a manicured pussy—Brazilian waxed.

Jared swallowed hard. She hadn’t bothered to ask his name. No doubt, it was a trap. Jared nodded and followed her out of the bar anyway. He wanted to fuck her that bad.

“Thanks, she’s got a V8 6.6 liter 360 horsepower and Rally II wheels. I rebuilt her transmission myself,” Jared said with a wolfish grin. He reckoned that the amused glimmer in the cat’s bright eyes was at his expense, but he could have cared less. He loved his baby.

“Show me how fast she goes,” the cat said. Her hand caressed the gear shift, and then slid to his denim-clad thigh.

“Oh yeah.” Jared swallowed so his Adam’s apple bobbed and stepped harder on the gas. He felt ready to explode. It was a fucking miracle he hadn’t wrapped the car around a tree.

As it happened, the werecat lived in a mansion outside of town. Jared parked in the gravel driveway beneath a willow tree. He followed her inside, cautious but confident in his ability to handle any trouble the cat might throw at him.

“Nice place,” Jared said, glancing around at the antique packed main room. “Does it belong to your grandmother?”

The cat shot Jared a glance over her shoulder. “My aunt,” she said. Her scent and body language underwent a subtle alteration.

Jared gave her a sharp look. He smelled the lie. “Really?”

“Great aunt.” She poured him a drink of dark amber liquid in a brandy snifter. She hadn’t asked if he wanted one; she prepared it.

“Did your aunt give you the fancy collar?” Jared envisioned a strand of blue sapphires about her slender throat instead of the gold necklace.

“It was a gift from an admirer,” the cat said.

“No offense, but your admirer has gaudy taste.” Jared allowed his glance to shift from the collar to their surroundings and the bright floral wallpaper. In his mind, the existence of a great aunt remained very much in question.

“That’s true.” She laughed with forced humor. She placed the drink in his hand and then ran her hands over his body, seeking to distract him. It worked.

“What’s your name?” Jared asked. He slammed the drink back before glancing around the room. Unlike her, he kept his hands to himself. The scent of fear remained prominent about her. She aroused his protective instincts and compelled a sense of caution. If curiosity killed the cat, Jared would be the next victim.

“Does it matter?” she asked, cocking her head.

His brow rose. “Hell yeah, it matters.” Jared sniffed and then sneezed. The room was stuffy and dusty, and a blanket of incense obscured everything else. It reminded him of a funeral home or a Catholic church.

“Is that frankincense?” He sniffed again and identified an underlying odor. Something…dead. Jared worked to identify the source of the offensive scent but was distracted as his vision blurred and his thoughts clouded. He dropped the brandy snifter, and it shattered on the hardwood floor.

Jared stared at her, surprised in spite of everything. He staggered, fighting to keep his balance as the potent drug sapped his strength.

She stared at him with great blazing blue eyes and bit her lower lip. “I’m sorry,” she said. “I had no choice.”

Jared opened his mouth to reply, but nothing came out. He blacked out before he hit the floor. 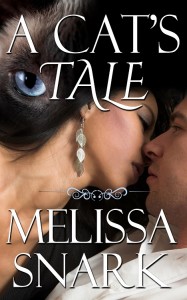 Read for free via Instafreebie