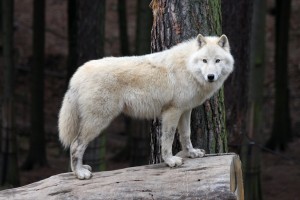 “You there!” A great blond giant of a man wearing the armor of the Einherjar signaled Victoria. “Got a reason you’re too good to wait in the line?”

Victoria produced the iron signet ring that identified her status as a Valkyrie. The guard squinted and devoted three seconds of intense scrutiny to the identification, then gave them leave to pass with a curt nod.

Within minutes, they stood in the heart of the marketplace. Beside her, Rand gawked in awe at the sights and smells of the bustling city. “I hadn’t imagined so many people living here. Is everyone here dead?”

Victoria snorted. “Goddess, no. As many half-breed children of the Aesir and their descendants live here. Valhalla has a population numbering in the hundred-thousands.”

Victoria took his elbow, urging Rand along. “This way.”

“Stop that, I’m not three!” Rand shook her hand away.

“Oh really? Cause you could’a fooled me.” However, she relented and ceased her attempts to hurry him. She had reasons for being eager to reach the guard quarters, but nothing a few minutes would change one way or the other.

Rand slowed their progression through the city, stopping to examine stalls and flirt with prostitutes. In the market, the redhead came upon smithy selling a variety of wares, and his face lit when he spied a great bronze helmet topped with boar horns. It was a monstrosity befitting Hagar the Horrible.

“Ah, Victoria, look at this! Ain’t she a beaut?” Rand bellowed, holding up the horned helm for inspection.

“Egads.” Victoria winced and stroked her hand across the lower half of her face to conceal her dismay. “Rand, it’s a cheap souvenir designed for tourists.”

“Yeah, but I like it,” Rand said with a huge grin.

On cue, a greedy blacksmith appeared from within the stall. The stout man sported a thick black mustache that fell over his mouth like a pony’s tail. His burnished skin was the same color as kiln-fired metal, and he smelled of coal and copper. He assessed Rand with transparent cunning.

Rand bartered the blacksmith down from the outrageous price of thirty coins to a mere twenty only to discover that Valhalla merchants did not accept U.S. currency. The big red head’s face fell; Victoria’s heart sank.

With a long sigh, she stepped forward. “Twenty coins for that copper bucket is theft, you rank, flap-eared gnat.” She spat. “How dare you insult a member of the Einherjar with your shoddy wares?”

The smithy turned to her. A gleam lit the man’s coal-black eyes before he hid his appreciation behind a mask of grievous offense. “My lady, I assure you my armor is the finest in all of Valhalla!”

“You may address me as My Lady Valkyrie. I am Priestess to Freyja, and I am bringing this man to Odin’s hall to serve with the Einherjar.” Victoria condescended to the best of her ability. She spared his wares a dismissive glance and performed a quick assessment of the armor and weapons on display.

“That so?” The blacksmith appeared skeptical; his thick brow rose and disappeared beneath a curly tangle of ebony hair.

“As for the supposed renowned quality of your armor, I question the veracity of your boast. You, sir, are no dwarf!” Victoria delivered the ultimate condemnation with a haughty sneer.

The smithy sputtered his offense so the twin sides of his bushy mustache bristled. “My Lady Valkyrie! I’ll have you know I am a quarter dwarf on my mother’s side! My people hail from Svartálfaheimr; smiths going back twenty generations! I’ve a proud and noble lineage!”

“Really?” Victoria’s brow rose in implied admiration, but she maintained a crafty air of skepticism. Her gaze returned to his wares to reassess their potential quality.

The smithy leapt at the opening. “Indeed, I do! Why Forseti, god of justice, carries a splendid piece I custom-crafted on commission.”

“Truly, that is impressive! Rand, as an Einherjar soldier, it is appropriate for you to carry a fine shield. What about that one?” She indicated an iron buckler, depicting a stylized wolf.

“My Lady Valkyrie has excellent taste! This is my finest piece!” The smithy fetched the one in question and brought it to Rand for closer inspection.

Rand looked to Victoria, brow arched, expression eager. They exchanged a punctual nod, and Victoria set about the business of haggling for the shield. She found the smithy to be of remarkable constitution when it came to bartering.

“Fifty coins, and that is my final offer!” He smacked the surface before him.

“Fifty coins and you throw in that lopsided bucket.” Victoria indicated the Hagar helm. “Rand will need a piss pot.”

The smith’s sides shook with silent laughter but he maintained a valiant expression of affront. “You insult me, My Lady Valkyrie, but the last few months were lean ones. It’s a deal.”

The smithy spat into his palm and they shook, sealing the deal. Victoria paid with an imprint of her signet ring in red wax on vellum, charging the equipment against the Einherjar account.

They continued to the keep. Rand carried his boar-tusk helmet perched atop his shield, and chortled over Victoria’s success. “I had no idea you were such a shrewd barterer, Victory!”

“A skill you would do well to cultivate,” Victoria said. “As for the smithy, he cut us an easy deal. The prestige of having two pieces of his equipment worn by a member of the Einherjar will bring him droves of new business.”